This is the second half of my book-buying post. The first half can be found here.

I haven’t yet read any of the books on this list, so this post will be more of a book haul than a recent reads, but I hope it’ll be of interest anyway. I always like hearing about what people are planning to read soon. This is probably roughly the order I’ll be reading them in too. 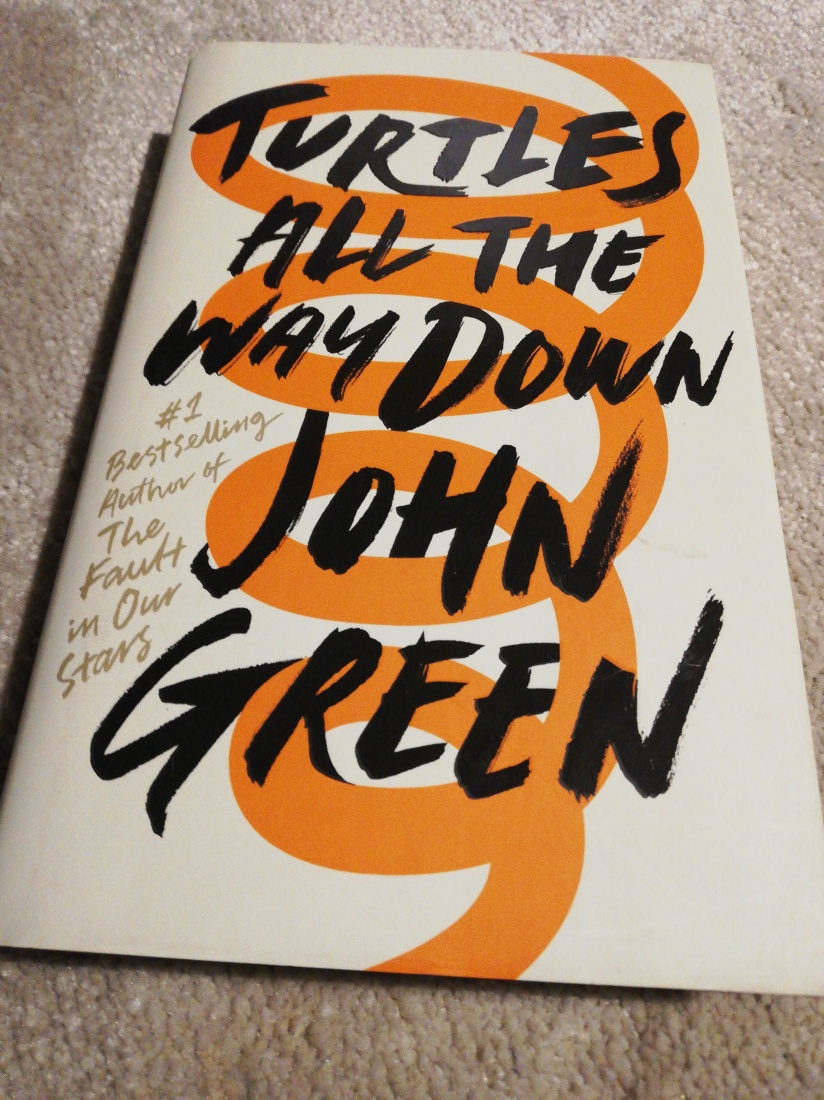 Turtles All the Way Down – John Green

I used to watch vlogbrothers as a young teenager, so I have read a handful of John Green books before. I enjoyed them for the most part, though the only one I came close to loving was The Fault in Our Stars (predictable, I know), but I kind of outgrew them as time went on. A year ago, I wouldn’t have had any interest in reading another John Green book. Enter Turtles All the Way Down.

I’ve heard nothing but good things about this book, including from people who are in a similar situation to me re: the previous paragraph. All of my favourite books recently have focused on mental health, and this is another on that topic. There’s also some kind of detective-y mystery going on which doesn’t interest me in the slightest, so we’ll see how that all goes. 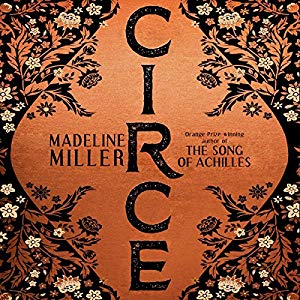 It’s appropriate that I’m reading this via audiobook, since most of my knowledge and love of mythology can be traced back to the Greek myths and legends CD that was part of Naxos’ Junior Classics range that was so popular in the 90s.

I’m one of the few people from my old Latin class that still hasn’t read Song of Achilles, so when I saw a deal on audible to get Circe, by the same author, free with another book, I snapped it up. I love sympathetic retellings and I’ve always been interested in the character of Circe. Plus, her name in English is ‘Hawk’, so how could I not? 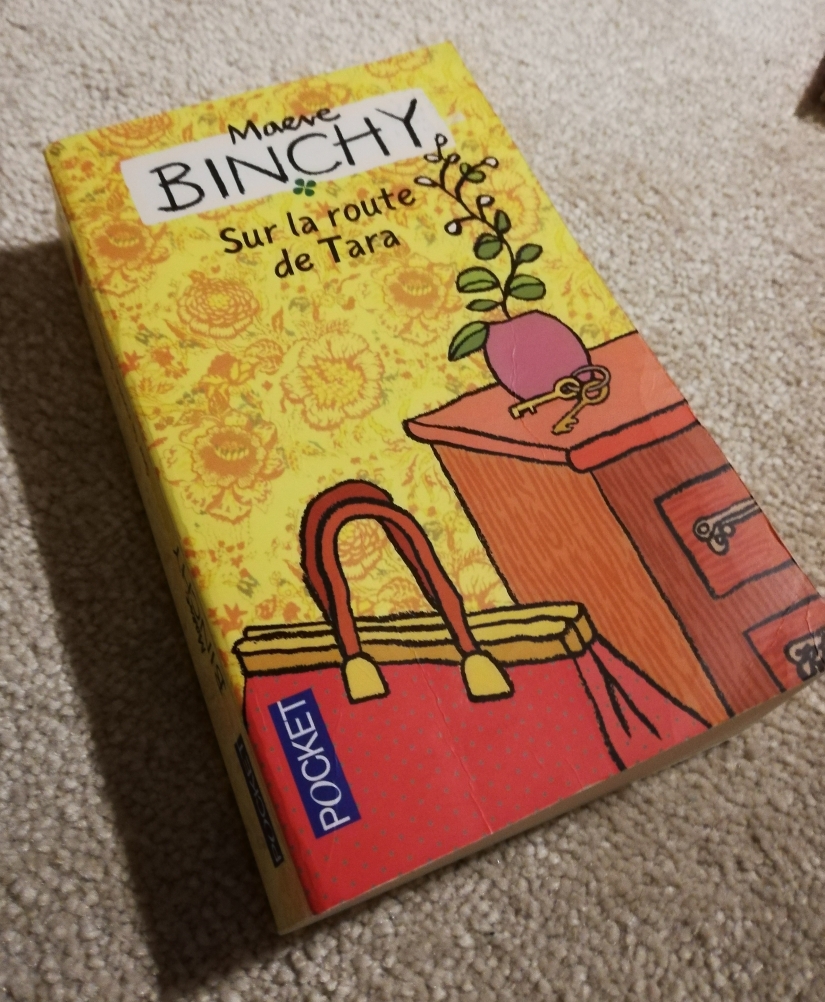 When I bought this book in a charity shop, I had no idea that Maeve Binchy was a famous Irish author. I actually thought that the French version was the original. It feels a bit weird to read a book in a language I only have intermediate proficiency in when it’s readily available in my own native language, but never mind. It doesn’t really make a difference.

The book, Tara Road in English, is about an Irish woman and an American woman who become friends after sleeping with the same man (from what I understand, anyway). It isn’t a concept that particularly excites me, but I love practising my French, and reading is definitely the easiest way for me to understand another language, so it’ll be a good way to improve my vocabulary and grammar while also doing something else I enjoy. It will take me a long while to get through, though, and I might miss some of the nuances of what’s going on. 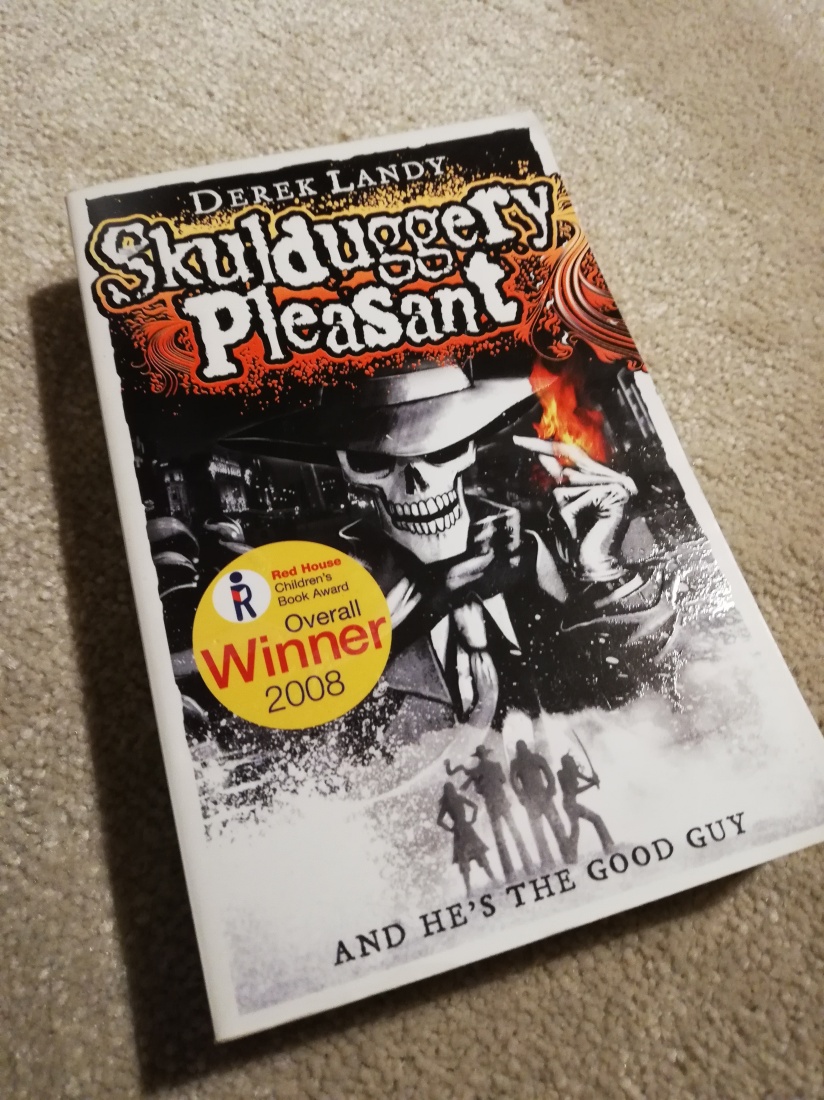 I distinctly remember Skulduggery Pleasant appearing in my school library. I was 11 years old when the first book is released, which is exactly the age that the book was aimed at. I loved to read. And yet, I never read it.

I don’t really know why. It might’ve been that the ‘edginess’ of the cover put me off, but then, I read and enjoyed the Darren Shan series and The Graveyard Book.  Whatever the reason, I knew when I saw it that I should pick it up, if only because it’s one of those books that gets referenced by my friends sometimes and I’d like to know what they’re talking about. 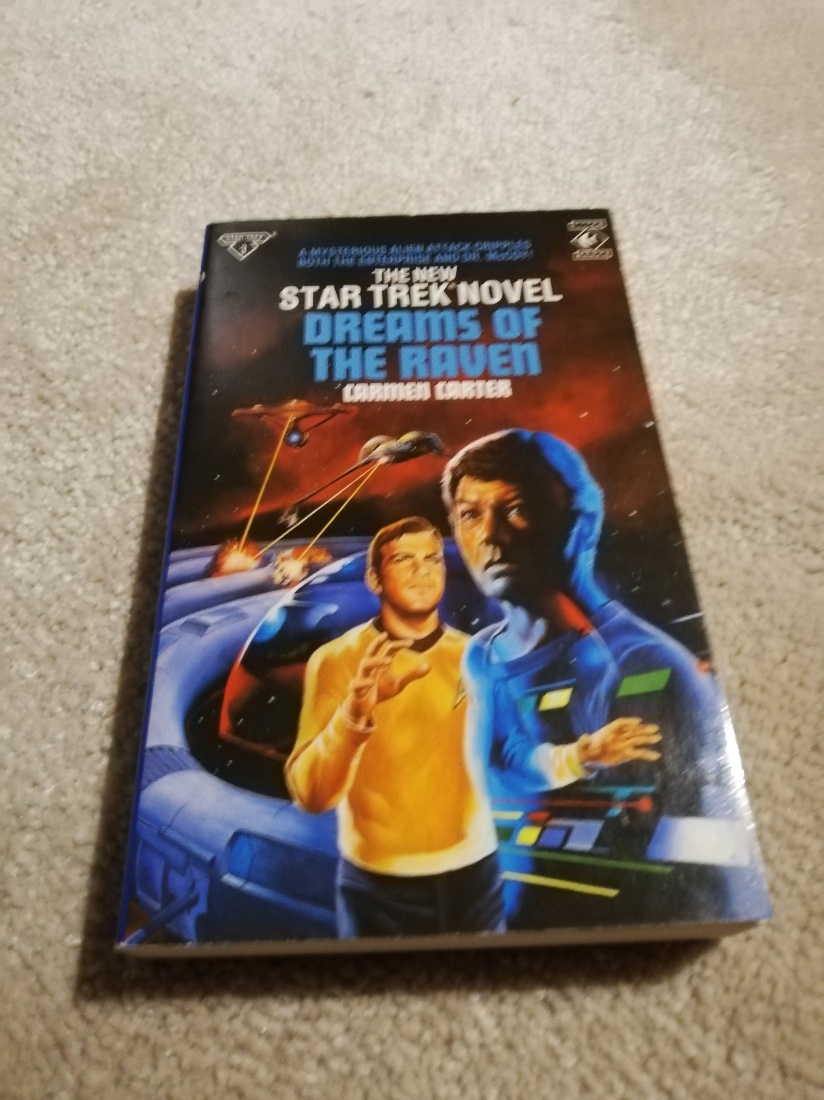 Dreams of the Raven – Carmen Carter

In my last post I mentioned that I sometimes enjoy books based on TV shows, so here’s some proof.

The shop had a pretty decent collection of Star Trek novels, all from the original series. I don’t tend to read novelisations, since I’ve already watched that episode, so that narrowed down the choice a bit. I eventually chose this one because it was the only one that centred on Bones, my favourite character in TOS.

This is a bit of a tangent, but I love the way old sci-fi books feel. They’re so dense with words, with narrow margins and thin pages, and the cardboard-y thin covers. My Doctor Who novels are the same, and my copy of Dune, though that’s a bit chunkier. It really sets the mood. 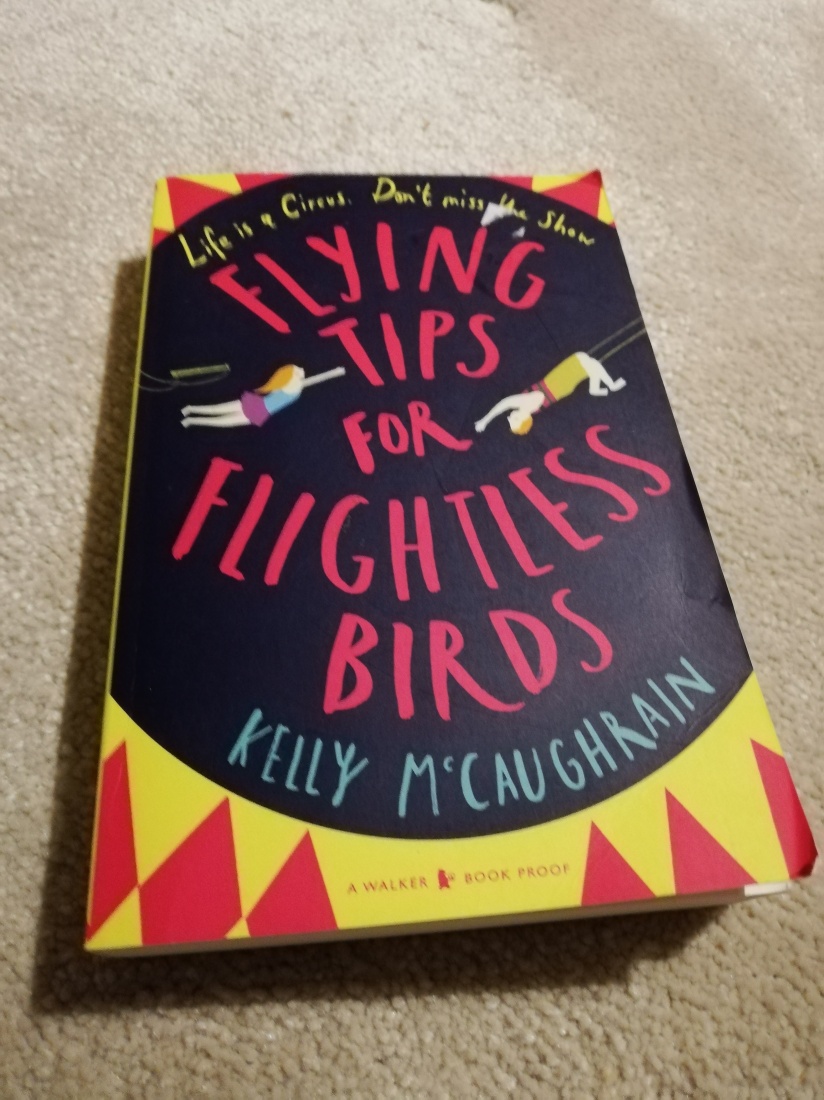 I’m not sure how a proof copy of this book ended up in my local charity shop, but I’m glad it did, because I’ve never owned a proof before. That isn’t why I bought the book, though – I didn’t even notice it until I got home.

Frankly, everything about this book appeals to me. The cover is so bright and friendly and unique. The circus school setting is a new one for me, and the ‘terrifying accident’ mentioned on the blurb is great backstory (both the setting and the accident remind me first of the Berry Big Circus and Troupe Gramarye from Ace Attorney for some reason). The blurb also suggests LGBT+ representation and exploring of identity, which is always fun, along with friendship and family. I’m very excited for this one.

Most of the books I’ve bought recently have been fiction, as I hadn’t had time to read any while I was at university, but normally I do love a good non-fiction or reference book. Enter this book.

At university, I developed an idea for a TV comedy drama which I feel passionate about. The assignment included writing a script. I realised quickly that my plan had a fatal flaw: I absolutely cannot write comedy.

I consider myself a decently funny person (as do my friends, I hope), but I suck at writing it down, or generating it in specific dramatic situations. My TV show idea is still important to me, though, so I’ve decided to put in the work. This book should be both an enjoyable and a useful read. 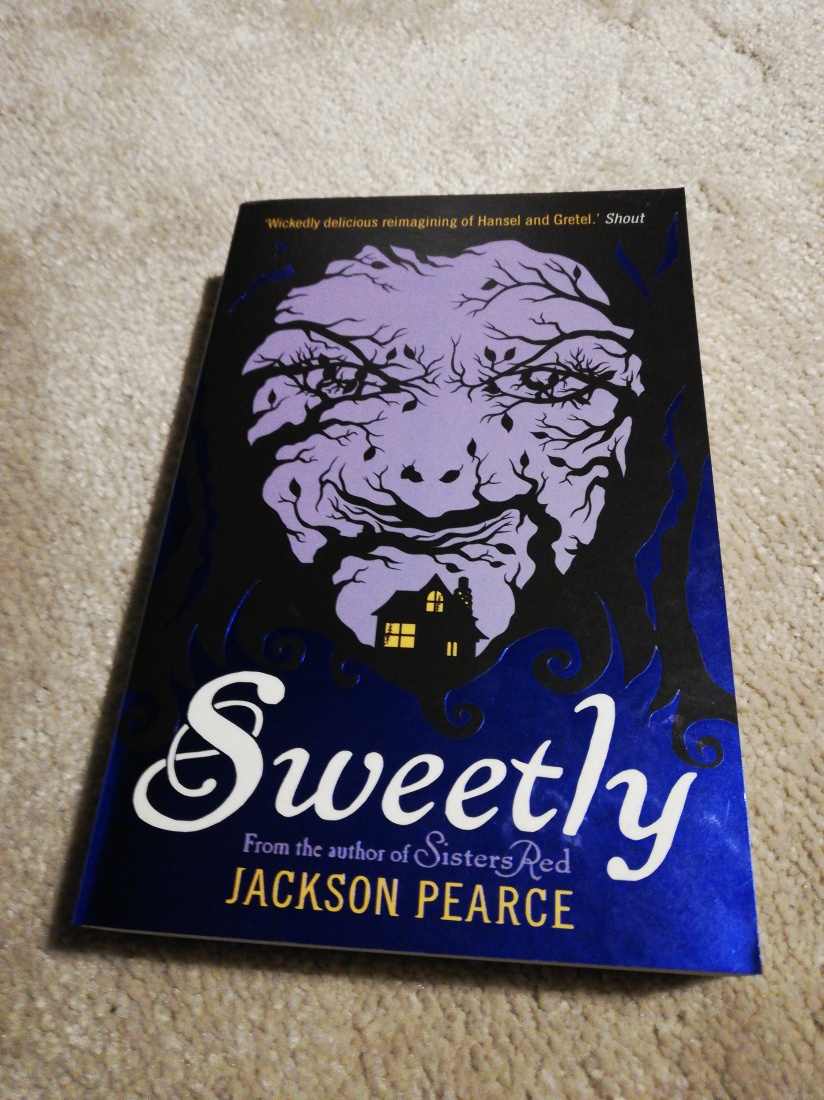 Sweetly is a retelling of Hansel and Gretel, here Ansel and Gretchen, who lost their third sibling during that whole witch incident in their childhood. Now, as adults, they have to go back to that forest and their trauma.

I wouldn’t have ever thought I enjoyed fairytale-based fiction until I watched Once Upon A Time, which I absolutely adore. This book doesn’t seem to be quite in that vein – the review quotes on the cover make it sound more like True Blood’s brand of sexy gothic – but it’s enough to intrigue me. I have been trying to read more thrillers recently, and the light fantasy elements make this a good place to start.

Also, I only noticed while writing this post that the trees on the cover make up a face. Fantastic. 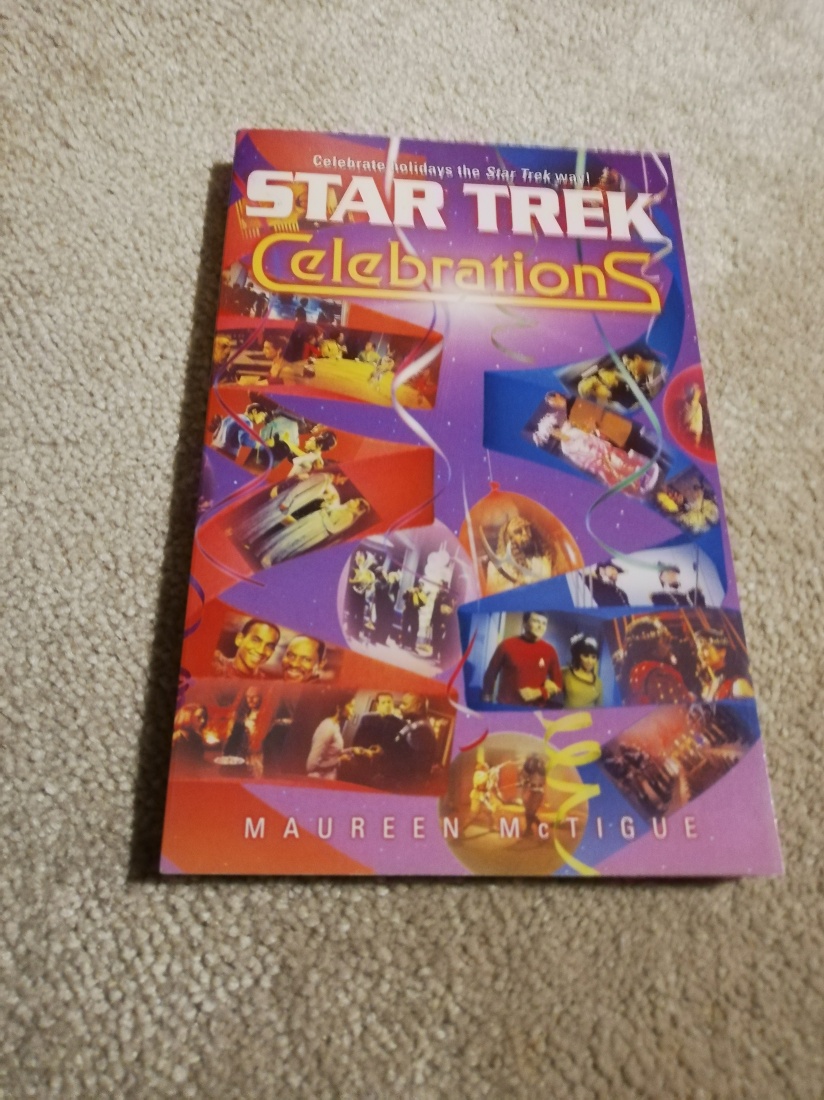 Another Star Trek book, this one more of a reference guide. I haven’t decided yet if I’ll sit down and read this cover to cover, as I occasionally do with reference books, or just pick it up every now and then or when I need to look something up, but it seems like a lovely little book. It’s separated by cultures – Federation & Starfleet; Klingons; Bajorans etc., though, weirdly, doesn’t have a contents page – and basically compiles each ritual, festival, holy day etc. that is mentioned in the show. It features photographs and, most usefully, traditional spoken words in their original language alongside their translations. I’m glad I bought it. 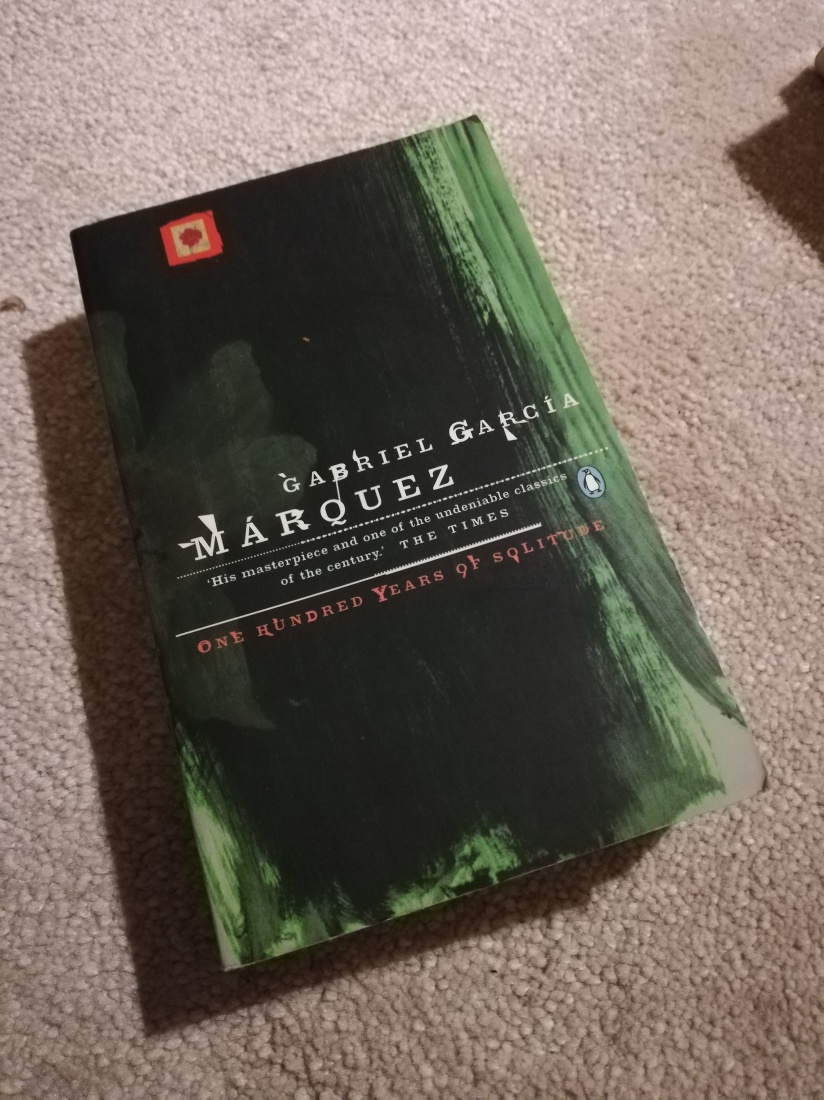 This book is last because something about it intimidates me. I think it’s the family tree on the first page. That always suggests a heavy, complicated storyline that I’m not necessarily prepared for. I don’t I find that so intimidating, particularly as this book is not especially long. I’ve read War and Peace. I’ve read all of A Song of Ice and Fire. My two favourite books are Dune and Jonathan Strange and Mr Norrell. Maybe it’s the Spanish. I don’t know. Whatever it is, it’s almost definitely unfounded. Historically, I love rich, complex books. This particular one was recommended to me by a friend I trust (yes, that one – I do have other friends, I swear). I’m sure I’ll love it.

These posts always take me forever to write, because I have to resist the urge to stop every 5 minutes to read a chapter of whatever book I’ve just gotten psyched up about. If you enjoyed these two posts and would be interested in keeping up with my reading habits, I now have a Goodreads account (I probably won’t have time to do reviews any time soon but hopefully I’ll remember to keep it updated with ratings). I also love hearing about what other people are reading, so let me know some books you’re excited about, or if you’ve read any of the books on this list.